I’m a writer and audio producer based in Los Angeles. I spend most of my time producing podcasts, including documentaries and chat shows, for Neon Hum Media.

Most recently, I made the NHM original Spectacle: An Unscripted History of Reality TV, a 10 episode narrative documentary podcast. As someone who works Real Housewives into political conversations, it was a dream show to work on. I was the showrunner, leading the writing and producing on the show. Big shoutout to our amazing host Mariah Smith and composer Andrew Eapen. The Atlantic, TIME, Vogue, Esquire and Vulture named it one of the best podcasts of 2021. It’s also been covered by The Huffpost, Marie Claire, Mashable, The Guardian and NPR’s All Things Considered.

Other recent shows I’ve worked on include ESPN Investigates: The Running Man and NHM original Telescope: Life in the Time of Corona, which got shoutouts in The New Yorker and The New York Times.

As a show producer at Neon Hum, I make shows soup to nuts. The duties vary show to show but include writing scripts, booking guests, interviewing guests, coaching hosts, mixing scratch episodes and fielding day-to-day communication with hosts and clients.

Prior to Neon Hum, I was an independent producer, reporting features for local NPR affiliates KPCC and KCRW as well as the BBC. I also made shows for Pod People — including Twitter’s podcast Character Count — and led projects for Neon Hum. I got my start in newspapers, with bylines in the LA Times and OC Register, covering local government, business and public safety. I am a proud Transom workshop alum.

When I’m not working, you can find me hiking Griffith Park, watching RHONY and attempting to cook. 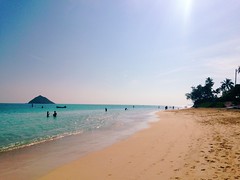 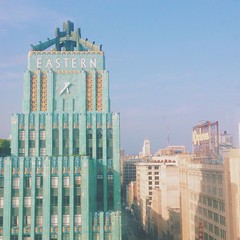 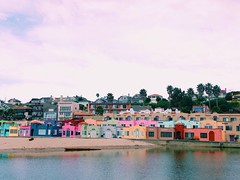